You can run Visual Studio Code on Raspberry Pi devices.

You can install it by running:

After installing the VS Code package, you can run VS Code by typing code in a terminal or launching it via the Programming menu. 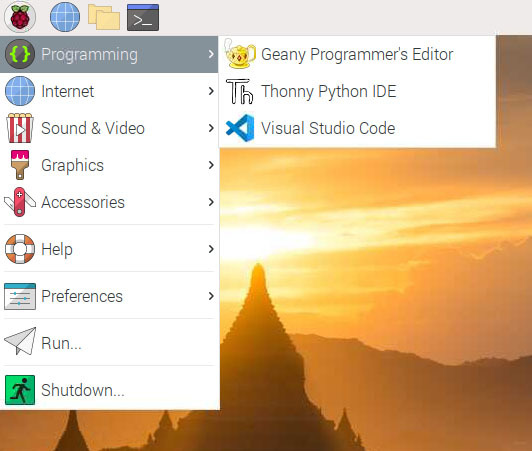 Your Raspberry Pi should handle updating VS Code in the same way as other packages on the system:

You can always check when a new release is available in our Updates page.

While 1 GB of memory (RAM) meets the minimum system requirements, users will benefit from installing VS Code on a Raspberry Pi 4 with more memory.

First-generation Raspberry Pi modules and Raspberry Pi Zero are not supported as they only include an ARMv6 CPU.

Once you have installed VS Code, these topics will help you learn more about it: