Version 1.71 is now available! Read about the new features and fixes from August.

Guidelines for choosing a development environment

The way to enable Docker CLI inside a remote development environment varies depending on the type of remote environment you choose.

For a development container, you should redirect the Docker CLI inside the container to the Docker daemon running on the local machine.

First, make sure Docker CLI is installed into your development container. The exact steps depend on the Linux distribution the container is using.

Here is an example for Ubuntu-based distros (from a .devcontainer/Dockerfile):

Next, ensure that Docker socket is mapped into the development container (in .devcontainer/devcontainer.json): 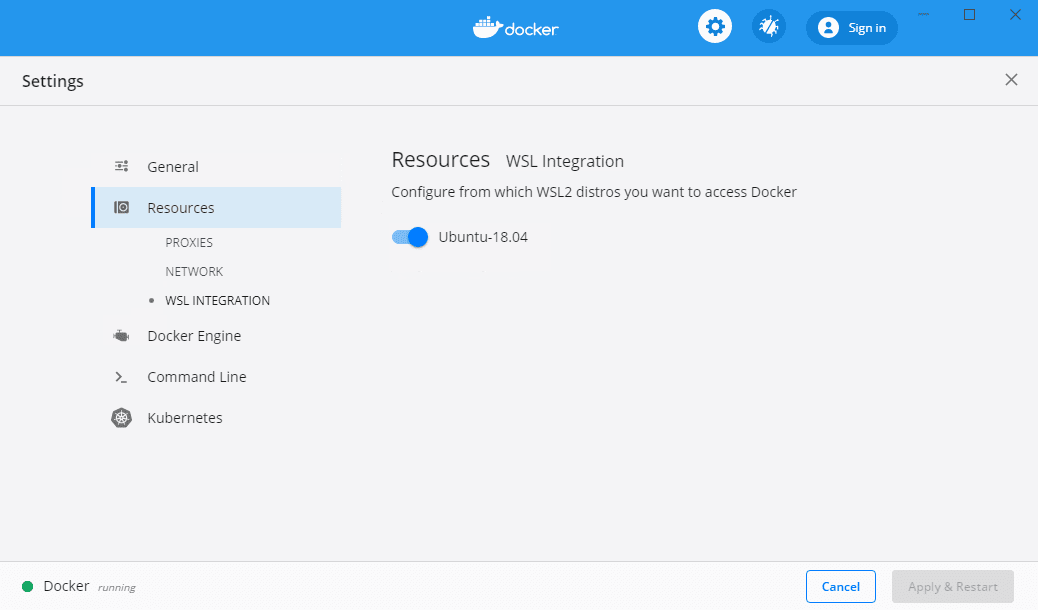 To use WSL 2 for Docker development you will need Windows 10 version 2004 or newer, and Docker Desktop for Windows version 2.2.0.5 or newer.

The old version of WSL (WSL 1) does not provide an easy way to connect to the Docker daemon on the host.

The recommended way to enable container development with a remote machine is to do a full Docker installation on the machine, including Docker daemon.

Note: Docker Desktop product is supported only on physical Windows and macOS machines, not virtual machines. If you want to use a virtual machine as a remote development environment, we recommend to use a Linux VM with Docker Engine.

After Docker is installed and working on the remote machine, you can use VS Code's Remote - SSH extension from the Remote Development extension pack to connect to your remote machine and work there.

To use a Linux virtual machine running on your developer workstation, you should install Docker on the VM in the same way as you would install it on a remote machine, and use the VS Code Remote-SSH extension to connect to the VM.

Alternatively, you can install just the Docker CLI inside your development environment and point the CLI to the Docker host (engine) running on the developer workstation using the Docker context mechanism. The main concern with this approach is to ensure network connectivity from the VM to the Docker engine on the host, and to do so in a secure way. One option is to use SSH tunneling to the developer workstation. Another option is to have the Docker engine listen on an HTTPS port. You need to be proficient with SSH and public-key infrastructure (PKI) to use the host Docker engine from the Docker CLI running inside the VM. For most users, we recommend full Docker installation inside the virtual machine.

Debugging in a container

The Docker extension supports debugging .NET and Node.js-based services running inside a container. Other programming languages are not supported at this time.

Debugging in a container may be harder to set up than regular debugging because a container is a stronger isolation mechanism than a process. In particular:

Because of the concerns above, it is generally recommended to use regular debugging, and employ debugging in a container when necessary.

For more information about how to set up debugging inside a container see ASP.NET Core quickstart, Node.js quickstart, and Docker extension task properties (docker-build and docker-run tasks).

Read on to learn more about