We are back from the holidays and are rolling again, looking forward to the Build 2016 conference. For //build, we're focused on making VS Code accessible, available in additional languages, and stabilizing on a 1.0 API. Outside of these fundamentals, perhaps the most impactful work item in the January release is enabling the Salsa preview in VS Code. Read more below, give it a try, and let us know what you think.

The JSDoc comment format is now understood and used to improve IntelliSense proposals and parameter hints:

You now get IntelliSense proposals for properties in 'ECMAScript 3 style classes': 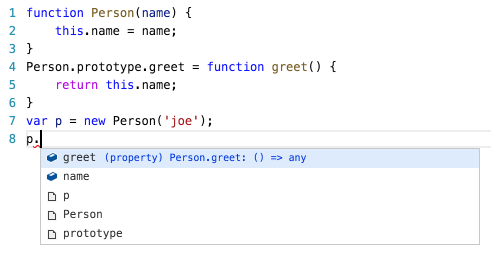 The commonjs support has been improved as well:

Tip: When using commonjs, exclude the node_modules folder using the exclude property in jsconfig.json. This is due to issue 6673 which is fixed but not yet in typescript@next.

There is now support for JSX: 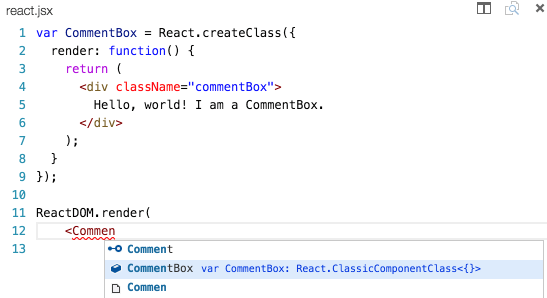 Tip: To get IntelliSense for React/JSX, install the typings for react-global by running tsd install react-global from the terminal.

Salsa also understands JSX constructs inside JavaScript (.js) files to support React Native development. We haven't updated the grammar for .js files yet but you can enable JSX syntax coloring for JS using the js-is-jsx extension. This extension tell VS Code to treat .js files as .jsx files so that the JSX syntax coloring is used.

Finally, the TypeScript compiler tsc can down-level compile JavaScript files from ES6 to another language level.

Changes from the existing VS Code JavaScript support

Salsa will undoubtedly provide a much better experience writing JavaScript applications in VS Code. By moving to this new service, we give up a few features previously available with our custom JavaScript language service.

To enable Salsa for your workspace:

Please note, the TypeScript nightly is continually being updated. During our testing, we have been very successful using typescript@1.9.0-dev.20160128.

You can verify that you have Salsa enabled and you have an installed TypeScript version that supports Salsa by checking the status indicator in the Status Bar. This shows that all is OK:

From the feedback in GitHub issues 1270, 1470, and others, we learned that there are fans of both the classic Visual Studio Light and Dark themes as well as the more colorful versions. So for the January release, we decided to bring the colors back with two new built-in themes: 'Light+' and 'Dark+'. If you installed the theme preview as an extension, you can now uninstall it.

In addition to the 4 major colors in the Visual Studio themes (comments, strings, numbers and keywords), the 'plus' themes add colors for: 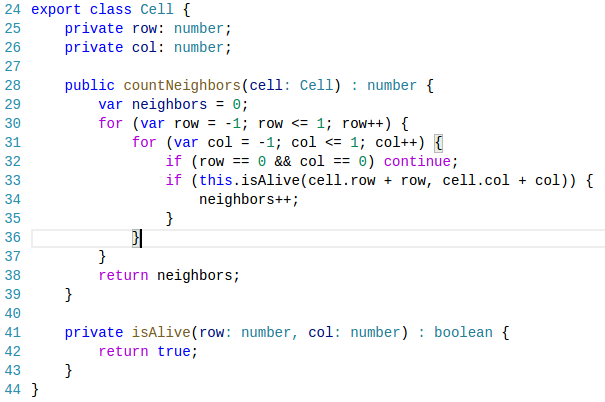 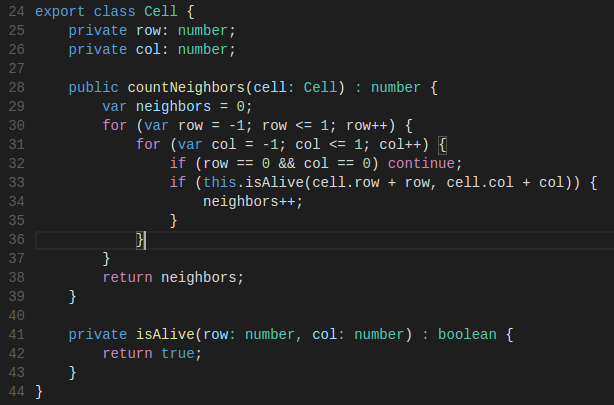 You will find that VS Code provides an exhaustive list of commands in the Command Palette (⇧⌘P (Windows, Linux Ctrl+Shift+P)) so that you can run VS Code without using the mouse. However, some parts of the UI could not be operated without using the mouse. We made a pass over these locations and added support to use the Tab key to jump between UI controls that you can interact with. Using Tab or Shift+Tab to jump between elements with actions in the UI is a very common pattern for keyboard accessibility. In addition to that, we now also draw an indicator around the UI element once the element gains focus.

Some areas where you can now jump to using keyboard only:

This is just the beginning of our journey to become more keyboard accessible, expect more areas to follow in the future!

We have added an experimental mode that can be enabled with the editor.experimentalScreenReader key in settings or for the current session with Ctrl+Shift+R. This causes the editor to place all the current text in the opened file inside the textarea element we use for user input. We have done our initial testing with the NVDA screen reader on Windows and have uncovered some serious performance issues and glitches caused by Chromium which we continue to work on. We have also added Alt+F1 that presents a tooltip explaining how to toggle this mode on and off. We have also improved keyboard navigation around Tab, specifically all read-only editors no longer trap the Tab key. Also, Ctrl+M continues to act as a toggle for trapping Tab.

We also started work on localizing VS Code for different locales. We put tooling in place to externalize strings and to create language bundles. The screenshot below shows VS Code running under a German locale. 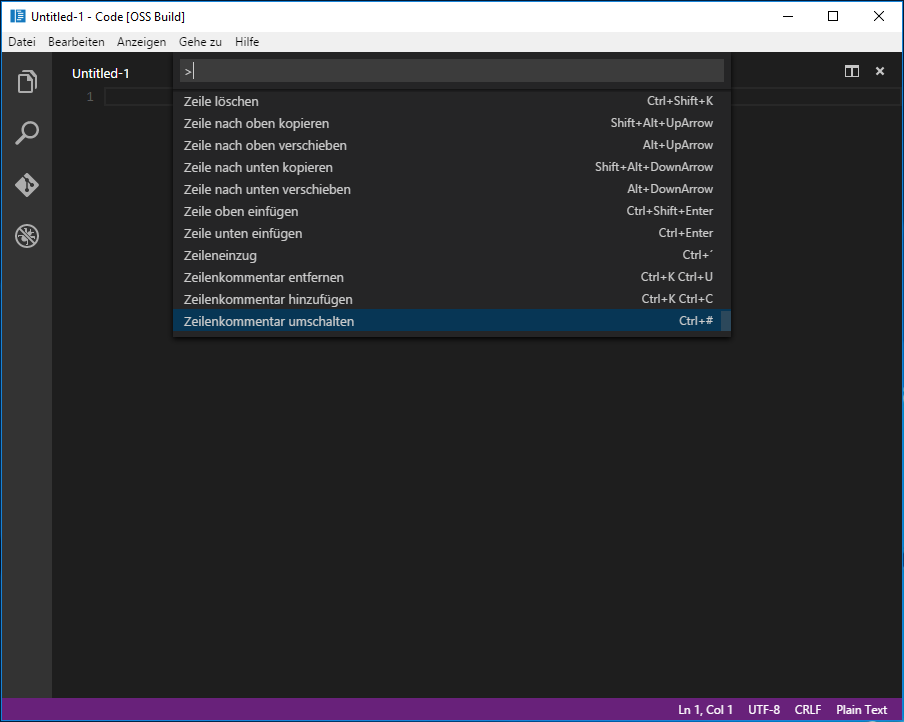 Please note that the translation effort for VS Code has not been completed yet and it will still take a while until we ship VS Code for languages other than English.

Ligatures for VS Code

The Find widget was updated to make all of its functions work regardless of the number of results. It is now possible to Find, Replace, etc. well beyond the first 1000 find matches. For performance reasons, the Find widget still only highlights the first 1000 matches. We have also improved the tab order in the widget.

The refactoring allowed us to introduce the "X of Y" display, such that now you can tell in a glance how many results and where you are in that list.

We changed input handling in the editor to allow software such as UniKey (used for Vietnamese input) or AutoHotKey (used for keyboard automation) to work with VS Code.

We added a new editor option editor.cursorStyle that can be set to "block". Special thanks to @markrendle for his pull request.

VS Code always supported automatically saving dirty files after one second (File | Auto Save). We received a lot of feedback that users want more control over when VS Code should save dirty files. The setting is now in the settings.json configuration file and provides more options:

Note: If you had Auto Save enabled previously, we will migrate your setting into the settings.json file automatically. You will not see any dirty indicators in the UI if you configure auto save for 1 second or below. In all other cases, you will see the dirty indicators throughout the UI.

Some useful changes around the file picker (⌘P (Windows, Linux Ctrl+P)) include:

We improved the interaction and rendering of IntelliSense suggestions which have more complete documentation. A blue icon will appear on the right of the suggestion's documentation: 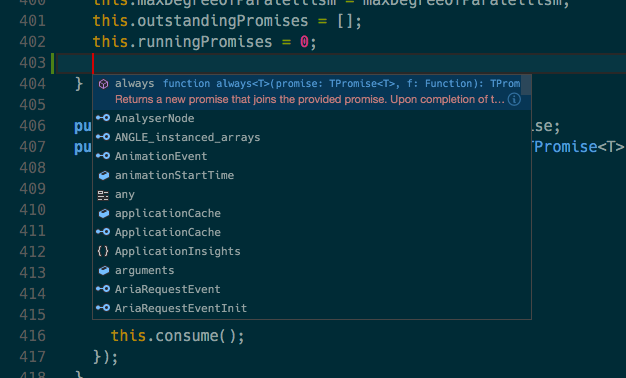 Clicking it will display the full documentation for that suggestion. It's also possible trigger IntelliSense a second time to enter this mode (⌃Space (Windows, Linux Ctrl+Space)): 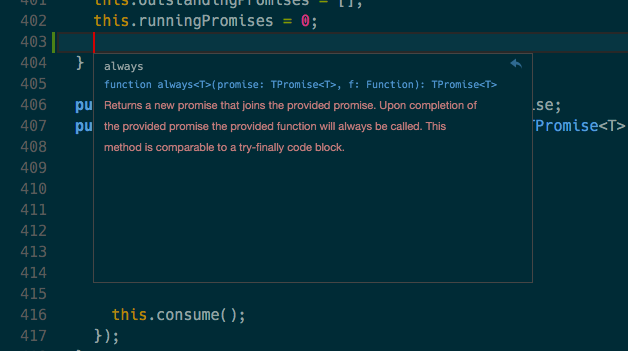 We added a new action to hide the menu bar on Windows and Linux (View | Toggle Menu Bar). You can still access the menu pressing the Alt key.

We now show the output and debug consoles horizontally: 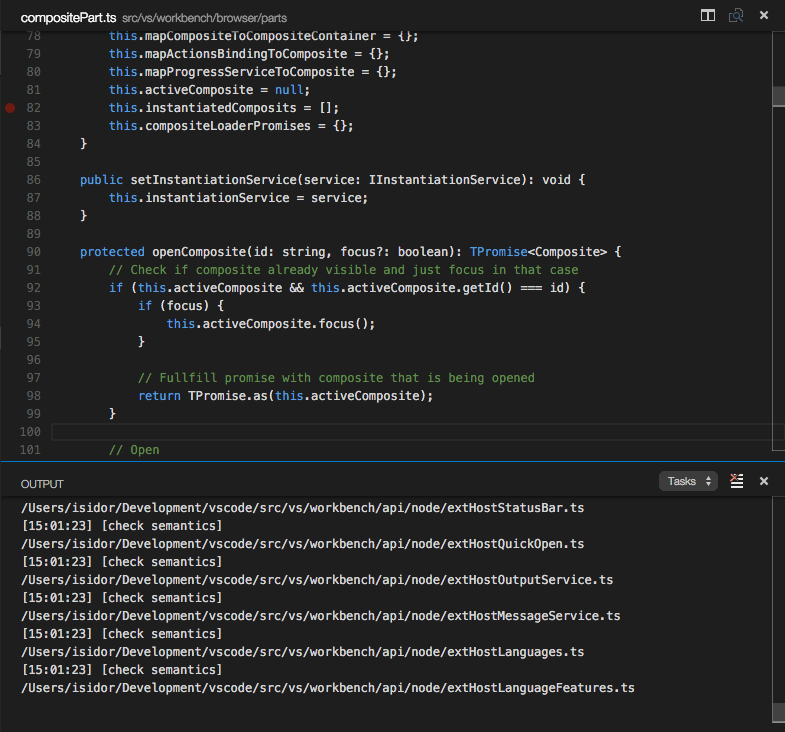 We are now using a tree in the debug hover to allow better rich object inspection: 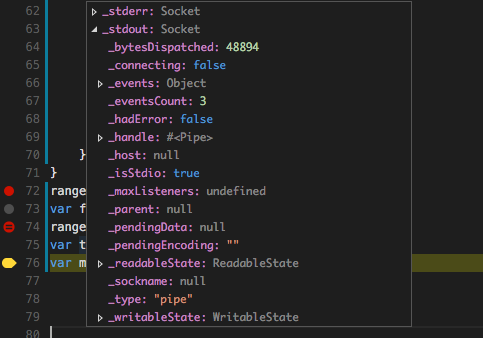 We now indicate in the Debug and Watch views which variables have changed values between step events.

The strategy for which situations VS Code will use "inlined source" is as follows: 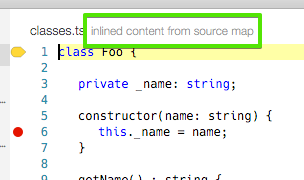 The followings improvements enable VS Code to support remote debugging, includes debugging into a Docker container:

launch.json relative paths not automatically converted to absolute ones

In order to achieve consistency across our configuration files, we plan for the February release to no longer automatically convert certain paths from relative to absolute in launch.json. We recommend that for the program, cwd, outDir, and runtimeExecutable attributes, you prefix your relative paths with the ${workspaceRoot} variable as soon as possible. To make it easier for you to find the affected paths that need this treatment, we highlight them with a green squiggles for the January release. (Please note: since we continue to automatically convert paths for the January release, your launch configurations will continue to work).

In order to make sure that breakpoints are hit reliably, VS Code automatically added the --nolazy option when launching Node.js. With the advent of Node.js alternatives that do not support this option (e.g. Chakra), we've removed this automatic behavior. If you see that breakpoints are not hit reliably in Node.js applications, please verify that your launch configuration sets the --nolazy option explicitly via the runtimeArgs attribute.

Support for VS Code Debug Console

When you write an extension for VS Code, you are developing it against a set of APIs that we define through a file called vscode.d.ts. You can see this file in our repository here. This file is picked up from our TypeScript and JavaScript language service to provide you with rich validation and IntelliSense while you develop your extension.

We found that this approach has many issues:

To solve these issues, we made the following changes:

Since this is a breaking change for existing extensions, we increased the vscode npm module version to 0.11.0. We encourage all extension writers to update their devDependency to vscode in their package.json to this new version (^0.11.x) to benefit from future updates to tooling for extensions.

The process of installing a specific version of the API into your extension is still very simple:

We added a few new APIs to enable writing even more awesome extensions.

You can now validate user input, get called when an item is focused in Quick Pick, and Quick Pick now has room for additional details. Also Quick Pick now supports GitHub Octicons like the Status Bar.

We have introduced the concept of virtual documents. These are textual documents that don't have a representation on disk, but are generated at runtime. For example, HTML generated from Markdown or source code from debug symbols.

Combine virtual documents with the new vscode.previewHtml command and you can come up with some creative experiences.

We have changed the debug protocol in the following (backward compatible) ways:

With the January release, we've started to simplify the process of writing automated tests for a debug adapter. The basic idea is to provide a toolkit with Promise-based building blocks for individual protocol requests (e.g. stepInRequest) and for common request sequences (e.g. hitBreakpoint). These building blocks can be easily configured for a specific adapter and combined to form complex scenarios.

More examples can be found in these debug adapter projects on GitHub:

You can see an initial set of tests in adapter.test.ts. We plan to make this API available as an npm module in February.

JSON mode is now an extension

From a user's perspective, nothing has really changed when editing JSON, but under the hood, the JSON language support has been refactored. JSON language support drives the smartness when editing JSON files, from validation based on schemes to code completion and formatting. JSON is now a regular extension, using the same VS Code extension APIs as everyone else. The implementation is based on the language server infrastructure, which makes it easy to run in a separate process. Read here for more on the language server.